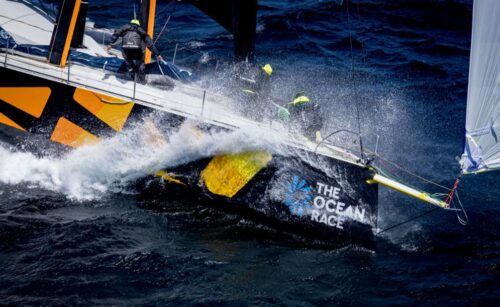 Riyadh, Saudi Arabia, Devember 2, 2022 / TRAVELINDEX / Red Sea Global, the developer behind two of the world’s most ambitious regenerative tourism projects, The Red Sea and AMAALA, has announced new partnerships with The Ocean Race (TOR) for the next two editions of the Race, and with Warner Bros. Discovery (WBD) who will amplify their stories around the world.

The Ocean Race has provided the ultimate test for sailing teams since 1973. Known as ‘sailing’s greatest round-the-world challenge’, it is widely recognized as the pinnacle of achievement for sailors across the world, and has created legends of the sport throughout the years.

Beyond the race itself, The Ocean Race acts as a global platform to raise awareness of the environmental challenges facing the world’s marine environment and drive positive change. Over the years, it has brought together like-minded partner organizations from across the globe with a shared vision of protecting and enhancing our oceans, seeking to mobilize policymakers and industries in host countries to take action on an international scale.

“We are proud to become the Regenerative Project Partner of The Ocean Race. Sustainability sits at the very heart of our work at Red Sea Global, so The Ocean Race – and its impressive ambitions when it comes to ocean health – makes them a natural fit as a partner,” said John Pagano, Group CEO of Red Sea Global.

“The sea has always been an important part of Saudi Arabia’s history and heritage – dating back to the ancient spice trade routes, and creating thriving communities along its coasts. Through this partnership, we hope to support the efforts of The Ocean Race to raise awareness of the challenges facing our oceans globally today, and protect the outstanding beauty of the marine ecosystems in areas such as the Red Sea. At the same time, we want to nurture the next generation of sailors and build a sailing legacy for years to come.”

As partners, Red Sea Global will help promote the race and drive awareness of the importance of ocean health to an international audience. The partnership will see Red Sea Global hold events and educational initiatives, supported by content developed in collaboration with Warner Bros. Discovery.

Red Sea Global intends to use its partnership with The Ocean Race to help inspire the next generation of Saudi sailors, promoting a new sport to a Kingdom that has enjoyed a crucial and historic relationship with the sea for over 4,000 years.

The 14th edition of The Ocean Race will start from Alicante, Spain on 15 January 2023, and will finish in Genova, Italy early in the summer of 2023. The race will visit nine iconic cities around the globe over a six-month period (Alicante, Spain – Cabo Verde – Cape Town, South Africa – Itajaí, Brazil – Newport, RI, USA – Aarhus, Denmark – Kiel Fly-By, Germany – The Hague, The Netherlands – Genova, Italy) and will feature a leg with the longest racing distance in the 50-year history of the event; a 12,750 nautical mile, one-month marathon from Cape Town, South Africa to Itajaí, Brazil.

“The Red Sea is a new type of development, and has a vision to prioritize both people and planet based around commitments in support of regenerative tourism. Similarly, this is an innovative new type of partnership for us, where our collaboration with Red Sea Global and Warner Bros. Discovery results in a stronger outcome in pursuit of this goal,” said Johan Salén, The Ocean Race.

“We hope this will become a new template for other partnerships going forward, focusing on collaborations with purpose while taking advantage of the production and distribution power of a worldwide broadcast partner such as Warner Bros. Discovery for the benefit of all involved,” Salén continued.

For its part of the collaboration, Warner Bros. Discovery will harness its content capabilities and global reach to produce a series of short features around the Ocean and travel in the region. The content will air around its live broadcast of The Ocean Race during 2023 and adds to Warner Bros. Discovery’s multi-year race coverage.

“We are proud to be the worldwide broadcaster for The Ocean Race and welcome the opportunity to build on the stories we will tell about sailing’s toughest round the world race with those around the Red Sea Global project, particularly this combined effort to promote ocean health and its wider conservation. Around our race coverage and through our platforms, we have a unique ability to share greater understanding of these stories with a scaled and broad international audience. We look forward to utilising Warner Bros. Discovery’s creative capabilities to further expand awareness of our partner’s goals and initiatives all-year round,” said Mike Rich, Head of Sports Marketing Solutions, Warner Bros. Discovery.

About Red Sea Global
Red Sea Global is a closed joint-stock company wholly owned by the Public Investment Fund (PIF) of Saudi Arabia. RSG is a global multi-project developer, seeking to lead the world towards a more sustainable future, showing how responsible and regenerative development can uplift communities, drive economies, and enhance the environment. The protection of natural capital is central to all development decisions, as the organization seeks to create a better future for all.

A cornerstone of Saudi Arabia’s Vision 2030 ambition to diversify its economy, RSG is playing a key role in transforming the nation, by creating exciting opportunities for young Saudi talent and the private sector, as it develops built assets and destinations across multiple sectors that make a positive impact for people and planet.

RSG is the visionary company behind some of the world’s most ambitious development ventures, including luxury regenerative tourism destinations such as The Red Sea and AMAALA.

Across its portfolio, RSG leverages the most innovative concepts, strategies, and technologies to deliver projects that actively enhance the wellbeing of customers, communities, and environments.

About The Ocean Race
The Ocean Race (TOR) has, since 1973, provided the ultimate test of a team and a human adventure like no other. For nearly 50 years, it has kept an almost mythical hold over some of the greatest sailors and been the proving ground for the legends of our sport.

The 14th edition of The Ocean Race will start from Alicante, Spain on 15 January 2023, and will finish in Genova, Italy early in the summer of 2023. The race will visit nine iconic cities around the globe over a six-month period (Alicante, Spain – Cabo Verde – Cape Town, South Africa - Itajaí, Brazil – Newport, RI, USA – Aarhus, Denmark – Kiel Fly-By, Germany – The Hague, The Netherlands – Genova, Italy) and will feature a leg with the longest racing distance in the 50-year history of the event – a 12,750 nautical mile, one-month marathon from Cape Town, South Africa to Itajaí, Brazil. The two fleets of mixed crews on foiling IMOCA and one-design VO65 boats will pass all three great southern Capes – Cape of Good Hope, Cape Leeuwin, Cape Horn – non-stop, for the first time.

The Ocean Race has a proven commitment to sustainability, and with the support and collaboration of 11th Hour Racing, Founding Partner of the Race Sustainability Programme and Premier Partner of The Ocean Race, is inspiring action and creating tangible outcomes.

Building upon an award-winning legacy in sustainability, the Race’s innovative Racing With Purpose programme is acting as a catalyst for positive change and accelerating the application of innovative solutions to help restore ocean health.