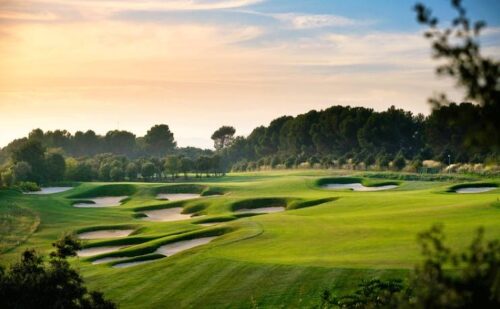 Terrassa-Barcelona, Spain, July 11, 2022 / TRAVELINDEX / Real Club de Golf El Prat gains the Biosphere distinction thanks to its continuous work based on its dynamic corporate sustainability management plan. The certification and distinction Biosphere of the program “Commitment to Tourism Sustainability Destination Barcelona Biosphere”, was given to Real Club de Golf El Prat because of all the effort put into making the business of golf a sustainable one.

Its goal is to recognize those companies that work towards a respectful management of the resources of the environment and the culture as well as a social and economic return to the city of Barcelona. The Commitment is based on a methodology that works around the 17 goals of the United Nation’s 2030 Agenda.

What is more, the Real Club de Golf El Prat, has also obtained the Safe Travels certificate. This certificate is the first one approved worldwide, and allows companies, entities and destinations that carry out prevention and hygiene actions against COVID-19, to be recognized in any country in the world, with the aim of generating safe spaces for travellers.

The commitment to the Biosphere responds both to the desire to promote more sensible tourism by tour operators, as well as to the wish of visitors to travel respecting the environment as much as possible. The deployment of these measures means a new kind of tourism, which increases the competitiveness of Barcelona as a destination, formed by the Capital and the 12 counties of its province.

Destination Barcelona has today become the first destination in the world to receive the Platinum Certification thanks to the commitment of its institutions to promote a kind of tourism that is respectful and committed to the environment. In 2011, Barcelona was the first urban destination in the world to obtain the Biosphere certification. The Biosphere Platinum distinction recognizes not only the commitment of the administration to ensure that companies make sustainable efforts, but also that those companies execute the changes that the Commitment ensures.
Real Club de Golf El Prat is proud to be part of a movement that promotes quality tourism while taking care of the environment.

– Among the large number of tournaments organized at El Prat there are competitions such as the Audi Tournament, Audemars Piguet Tournament, or internationally amateur championships such as the Barcelona Championship or the Kings’s Cup that can only be played in high-level courses as the Real Club de Golf El Prat.
– Dating back to 1912, Real Club de Golf El Prat is one of the most renowned clubs in Spain and was granted ‘Real’ or royal status, by King Alfonso XIII after his visit.
– The renowned club has hosted the Spanish Open on 10 occasions: 1956, 1959, 1963, 1971, 1978, 1981, 1998, 1999, 2011 and 2015.
– The current 45 holes were designed by Greg Norman over an exciting mix of three highly acclaimed courses: the Pink – highly positioned in the most trusted and authoritative international rankings – Yellow and Green.
– It is listed Top20 by Golf World magazine’s coveted ‘Top 100 Resorts in Continental Europe’ rankings and also by National Club Golfer’s ‘Top 100 Golf Resorts in Continental Europe’.
– The multi-award-winning El Prat was recently named as one of the 125 Platinum Clubs of the World – Five Star Private Club, as well as being granted the Golden Plaque of the Royal Order of Sporting Merit.
– It has played host to more than 250 top-level national and international championships, including European Tour events, with top stars of the calibre of Sergio Garcia, Miguel Ángel Jiménez, José María Olazábal and Tommy Fleetwood taking part.
– The club has hosted some of the biggest names in golf, with Spanish legends Severiano Ballesteros and José Maria Olazábal, eight-time Major winner Tom Watson and European Ryder Cup captain Thomas Bjørn among its roll call of previous winners, while Masters champion Sergio Garcia and Pablo Larrazábal are both members.