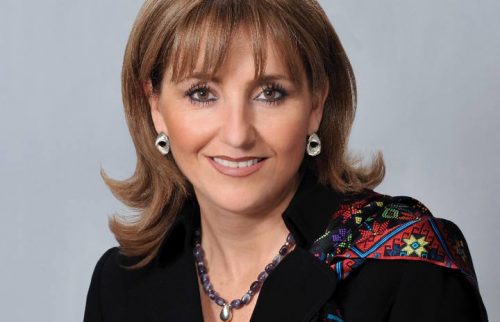 Riyadh, Saudi Arabia, May 21, 2021 / TRAVELINDEX / The Ministry of Tourism has announced the appointment of Gloria Guevara Manzo as a Chief Special Advisor at Ministry of Tourism. Gloria is a former Mexican Secretary of Tourism and former CEO and President of the World Travel and Tourism Council (WTTC).

As a Chief Special Advisor to the Minister of Tourism, Gloria will utilize her experience of over 25 years in the public and private tourism sector, to contribute to strengthening international cooperation, developing the skills of human cadres, and supporting ambitious tourism plans and large-scale investments that are being implemented within the framework of the Kingdom’s Vision 2030.

• For a comprehensive travel guide on Saudi Arabia, got to TourismSaudiArabia.com

The Minister of Tourism Ahmed Al-Khatib affirmed that the tourism sector in Saudi Arabia is experiencing a comprehensive developmental prosperity since the launch of the National Tourism Strategy in September 2019. the sector already contributes to supporting growth and job generation throughout the Kingdom of Saudi Arabia, in line with Vision 2030 under the leadership of Custodian of the Two Holy Mosques King Salman bin Abdulaziz Al Saud, and His Royal Highness Prince Mohammed bin Salman bin Abdulaziz, Crown Prince, Deputy Prime Minister and Minister of Defense.